Dr. Claudio S. Contreras, MD is a board-certified ophthalmologist (a medical doctor who specializes in eye conditions), with training in both ophthalmology and internal medicine. He has a deep understanding of how your overall health can affect your eyes, coupled with a warm, caring nature.

As a doctor, he focuses on your needs as a whole person. He will take the time to sit down with you, speak in whichever language you are most comfortable with (English or Spanish), and work to create treatment plan that fits your unique needs. Besides caring for a wide range of eye disorders and conditions, Dr. Contreras is uniquely positioned to spot small eye problems before they lead to bigger ones. Call (408) 971-2020 to schedule your eye exam at our San Jose, CA ophthalmology office or use our online request form.

Dr. Contreras offers exceptional eye care for the full spectrum of eye diseases at his office in San Jose, California, including:

Cataracts
A cataract is a clouding of the lens inside the eye that helps focus light onto the back part of the eye, called the retina. The lens is located inside the eye, behind the iris, which is the colored part of the eye. When the lens becomes cloudy, it cannot pass light to the retina clearly. The result can be blurry vision, dimming, glare, or double vision. Sometimes the symptoms are worse at night. Some people may confuse a cataract with a pterygium, a pinkish, triangular-shaped tissue growth of conjunctiva on the cornea. While they both may impair vision, their causes are different. In addition, pterygium grows on the cornea while cataracts develop inside the eye.
Corneal Conditions

The outermost layer of the eye is known as the cornea. You can think of the cornea as a window, with a dome shape that allows light to enter the eye. Unlike other areas of your body, the cornea lacks blood vessels. Because there is no blood supply, your corneas are dependent on tears and the nourishing fluid of the aqueous humor, which lies directly behind the cornea. The cornea has three main layers: the epithelium (which helps to protect the eye), the stroma (the thickest layer) and the endothelium. If the cornea is damaged or diseased in some way, it can affect your ability to see, and requires the attention of a medical eye specialist such as Dr. Contreras.

Diabetic Eye Care
Diabetes is very common, especially among Latinos. This disease can cause problems in many areas of the body, including the eyes. Diabetic retinopathy refers to damage of the small blood vessels of the retina, which are crucial for vision. The swelling and bleeding that result can lead to vision loss. Symptoms may include blurry vision or the appearance of spots, or "floaters." If you have diabetic retinopathy, at first you may not notice changes to your vision. Over time, diabetic retinopathy can become worse. Diabetic retinopathy usually affects both eyes. Dilated eye examinations are highly recommended for all diabetics once a year.
Dry Eye Care

Dry eyes are a condition in which the patient’s eyes are not supplied well enough with the critical natural tears to nourish and lubricate the eye. (In some cases the patient does not produce enough, in others, the tears are not of good quality.) In healthy eyes, tears naturally moisturize and cleanse the surface of the eye each time you blink. Dry eyes can be caused by aging, environmental factors (dry air, chemicals in the air), medications, medical conditions, and other factors such as genetics, or an accident or injury. Treatment can range from medicated drops and lubricants to lifestyle changes. Dr. Contreras will take the time to diagnose the reason for your dry eyes and then work with you to find a solution that fits your unique needs.

Minor Eyelid Surgery
Dr. Contreras is a board-certified ophthalmologist with expertise in eye surgery. From conventional eye surgery techniques to sophisticated laser surgery, Dr. Contreras is qualified to treat cataracts, glaucoma, pterygium, and diabetic retinopathy. Advancements in eye surgery have spared vision at higher rates than ever before and allow for shorter recovery times after surgery. If you need expert, compassionate and affordable eye care, look to Dr. Contreras for one-on-one care that counts.
Glaucoma

Glaucoma is a condition that puts pressure on the exquisitely sensitive optic nerve. When left untreated, it can cause permanent blindness, however most people can save their vision with early diagnosis and treatment. There are several different types of glaucoma, with open-angle glaucoma being the most common form. Glaucoma develops very slowly and usually goes unnoticed until it causes severe loss of side (peripheral) vision or difficulty in adjusting to a darkened room.

Macular degeneration (also called age related macular degeneration, AMRD or AMD), is one of the most common causes of loss of vision. Affecting over ten million Americans, it causes vision loss in more people than glaucoma and cataracts combined. Macular degeneration affects the area of the eye known as the macula. The macula allows you to see fine details.

There are two major forms of macular degeneration, known as wet and dry, which refers to the growth of blood vessels into areas of the eye where they do not belong. Diet, exercise and sunglasses with UV protection can help prevent this disease. Dr. Contreras is an expert on macular degeneration, and can diagnose and treat this eye disease.

Presbyopia is a Latin word that means “old eyes.” Many people begin to develop presbyopia around the age of 40-45, when they begin to notice they have trouble seeing things close up, such as a book or cell phone screen. Astigmatism, on the other hand, is a defect in the way the lens of the eye curves, causing distorted vision, as the eye is unable to focus light properly.

Pterygium is usually a pinkish, triangular-shaped growth of conjunctiva on the cornea of the eye. Pterygium can become reddened, irritated, or swollen, impairing vision. Dust or air pollutants are common irritants. Lubricating eye drops may help in this instance. Some pterygium slowly develop throughout a person’s life, while others stop growing after a certain point. Pterygium rarely grow so large that they begin to cover the pupil of the eye, but when they do, it can distort your vision.

Glaucoma is an eye disorder that affects the optic nerve; and over time, glaucoma can damage the optic nerve, leading to blindness. It is often characterized by increased pressure within the eye, however it is possible to have glaucoma and have normal, or even low, intraocular pressure. Glaucoma often develops very slowly, going unnoticed until the person realizes that they have lost some of their peripheral (side) vision or that they have trouble seeing in darker rooms. There are several kinds of glaucoma. Treatment will depend on the severity and type of glaucoma the patient is diagnosed with.

Laser treatment for glaucoma can help lower the pressure inside of the eye. Using very low levels of energy, a laser can open blocked fluid channels within the eye. Laser treatments can target specific areas, while leaving healthy tissue untouched. Glaucoma can also be treated with medicated eye drops, conventional surgery, or a combination of any of the above. It is critical to seek treatment as early as possible because treatment may save any remaining vision, but cannot restore what has already been lost. Early detection is critical as symptoms do not begin to appear until damage has already occurred.

Laser Treatment for Diabetic Retinopathy
Type II, adult onset diabetes is very common, especially among people of Hispanic descent. Complications from diabetes can be devastating, and commonly includes vision problems. Diabetic retinopathy is a disorder in which the tiny blood vessels of the retina (a specialized light sensitive area that is critical for vision) begin to swell and bleed, causing a loss of sight. Symptoms may include “floaters” or spots in your field of vision. In some cases, the blood vessels in the retina begin to grow across the surface of the retina, in others they leak fluid. This is known as macular edema. Although there is no cure, diabetic retinopathy can be treated using an advanced laser system. In some cases, it may also require other surgical procedures such as a vitrectomy (removal of blood from within the eye). The best treatment for diabetic retinopathy is prevention. Talk to your doctor about keeping your blood sugar and blood pressure under control.
Stye Treatment –Electrosurgical Needle

A stye is type of infection caused by bacteria. A stye can develop if bacteria gain a foothold at the root of the eyelash, or inside one of the tiny glands that secrete lubricating oils onto the eye. This may require the use of an electro surgical needle to drain the infection and prevent further eye damage. The electrosurgical needle minimizes bleeding and can be used right in the office to treat styes.

Dr. Contreras provides visual acuity testing to measure the eyes' potential for vision and to recommend corrective lenses via a prescription. (Visual acuity refers to the smallest detail that you are able to see.) He does not dispense glasses or contact lenses, or perform cosmetic surgery of the eyes.

Evaluation and Treatment of Eye Disease
As both an internal medicine specialist and ophthalmologist, Dr. Contreras has an astute knowledge of the role between medical conditions and eye disease. From diabetes to high blood pressure, Dr. Contreras offers eye disease screening and practical advice for eye health. In the event of eye disease, such as diabetic retinopathy, glaucoma, cataracts, pterygium, or macular degeneration, Dr. Contreras offers advanced treatment plans to preserve eye health and vision.
Comprehensive Eye Exam
Dr. Contreras offers comprehensive eye exams to adult patients, including dilation of the pupil. During the eye exam, Dr. Contreras carefully examines the outer and inner health of the eye. He also checks how the eye functions, including measuring vision. In addition, Dr. Contreras has some of the latest diagnostic eye equipment to assist him in providing the best eye care. He is able to take pictures of the outside and inside of the eye to show you the effects of eye disease. Comprehensive eye exams are essential for identifying eye disease early and planning prevention measures. Please note, Dr. Contreras does not offer Lasix or refractive surgeries to correct common vision issues such as being near-sighted or farsighted, presbyopia or astigmatism. 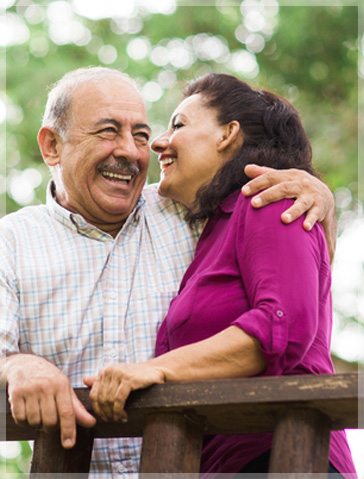 Hear how at Claudio S. Contreras, MD we have helped our grateful and satisfied patients.

Dr. Claudio S. Contreras is an experienced board-certified ophthalmologist in San Jose, California. Dr. Contreras provides a full range of diagnostic and treatment services including eye examinations for adults, eye surgery, diagnosis and treatment of eye diseases, including cataracts, glaucoma, and diabetes-related conditions. Dr. Contreras is a medical doctor and surgeon who cares for patients with injuries and diseases of the eye. To refer a patient please click here.